Melanin produced by your skin is a natural shield against harmful UV rays from the sun, but it can also cause age spots and hyperpigmentation. Age spots tend to be flat and appear on skin areas that are exposed to the sun, and may be grey, black or brown in colour. They can also show up due to hyperpigmentation, but the production of melanin is only concentrated in a small area of the skin.

Too much sun exposure can result in hyperpigmentation and age sports, but it may also be caused by hormonal changes, inflammation, acne or picking at your skin. Even some medication like antibiotics may trigger it. It is harmless, but some people may not like its appearance on the skin.

HOW CAN IT BE TREATED?

Our clinic carries the Obagi skin care line of treatments, which can effectively combat hyperpigmentation and age spots. The Obagi Nu-Derm System can penetrate your skin’s surface (the epidermis) to transform and rejuvenate it, while also fixing its unsightly appearance. With the older skin layers removed, the system helps to trigger the growth of new, healthy skin as the replacement.

You will look much younger and your skin will feel refreshed!

The skin care programme is medically based, combining a series of products – skin lightener, toner, cleanser, exfoliate and Retin-A. Dr. Obagi recognised how effective Retin-A was early on, and has refined the system further in order to optimise the improvement and stabilising some of the undesirable side effects it can cause. 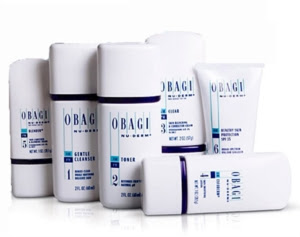 The system requires 2-4 weeks of adjustment from your skin; this is because it is building up tolerance towards the strength of the products. You should expect minor skin peeling and irritation initially, but it will subside as your skin begins to get used to the effects.
BEFORE / AFTER 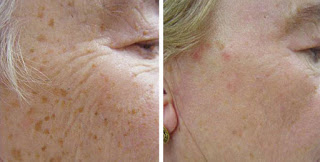 Please email your resume with photo to fion.leong@premier-clinic.com. Only selected candidates will be called for an interview at Premier Clinic headquarters at Taman Tun Dr Ismail.